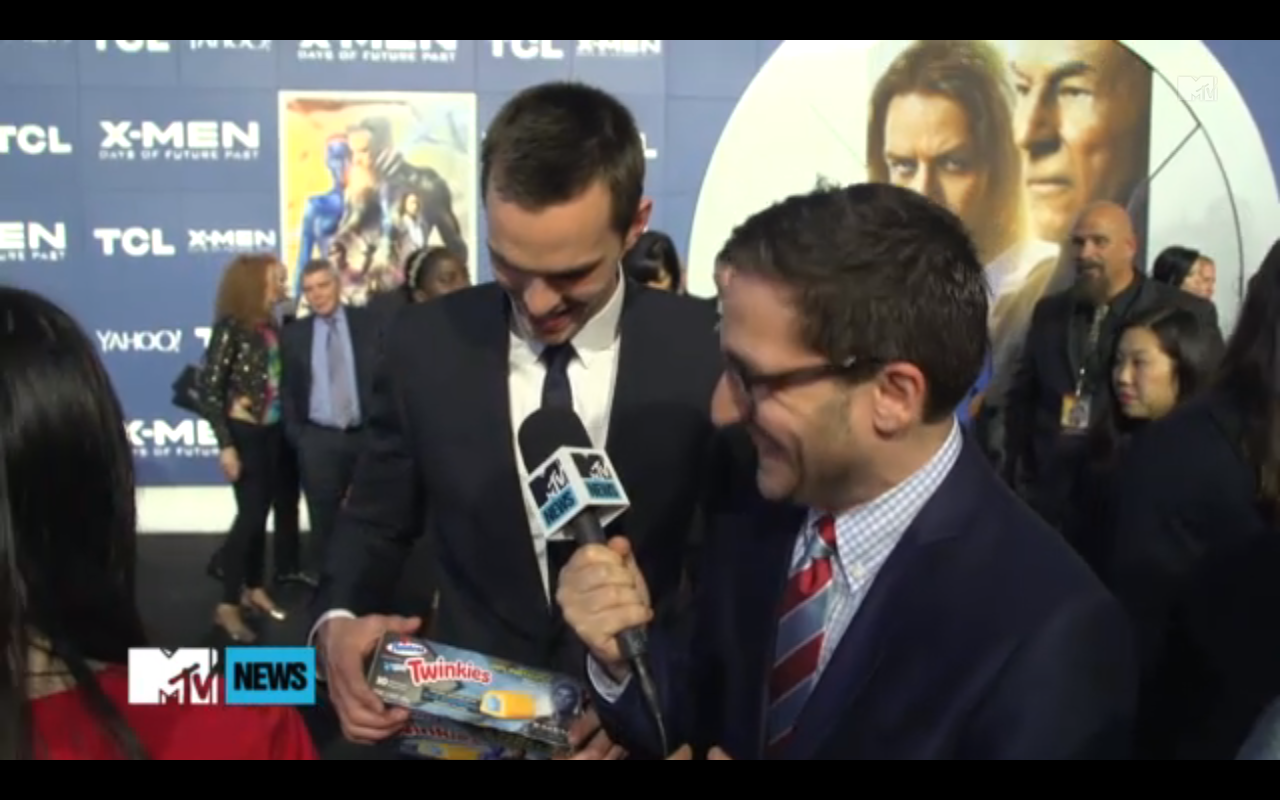 Hostess’ Blue Raspberry Twinkies has received recognition by the Beast, who in part, inspired the blue eXtreme creme Blue Raspberry flavor. Nicholas Hoult, who plays the character of Beast in X-Men: Days of Future Past, was asked on the red carpet how he felt about being featured on a Twinkie box. Check out the interview and watch his hilarious response here. And be sure to get your own specially marked box at Walmart available for a LIMITED time only! 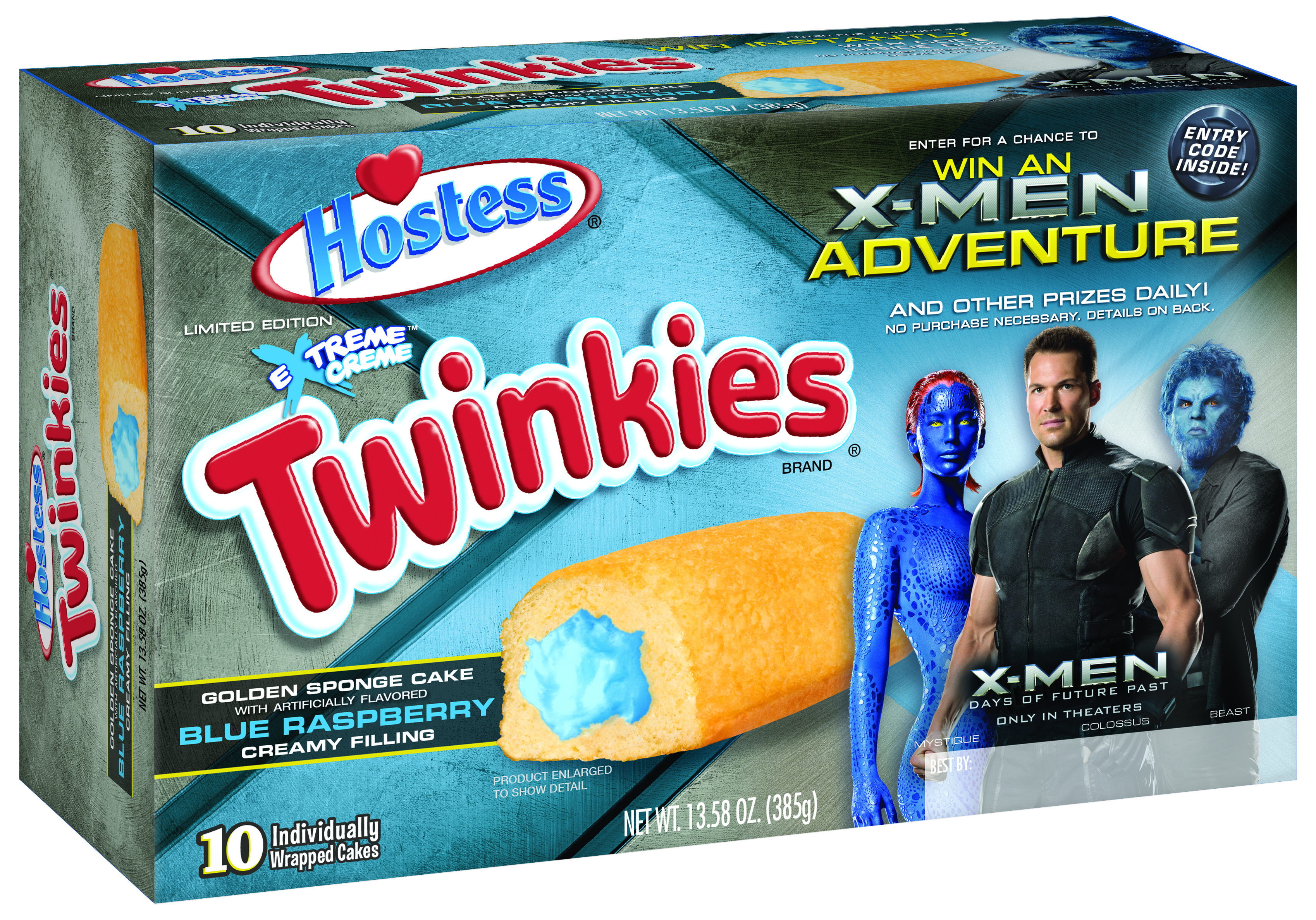